My friend Kevin lives in Hilton Head and sent me this picture of two waterspouts on Hilton Head Island Beach. He said there about 25 waterspouts throughout the day! It would be so cool to see one of these in person!

So this is not related to the weather at all, but I had to blog about this moment! U.S. Department of Veterans Affairs Secretary Robert McDonald visited the Institute for Veterans and Military Families (IVMF – where I work) and other places on campus. We had a staff photo taken with him and I had to make sure I was in the front :)!

I always geek out when well-known or famous people are around me. My friend Kellie, who I worked with at Fort Benning, always got excited about people visiting too. We got to meet Capt. Kristen Griest together. I definitely miss her being around for events like this!

Before he came to IVMF, he spent time and talked business with the IVMF’s Entrepreneurship Bootcamp for Veterans with Disabilities-SU 2016 cohort at Dinosaur BBQ in Syracuse. He also received a “Real Veterans Wear Orange” shirt! (Side note: check out #EBVSU10 on Facebook, Twitter, & Instagram – it was EBV’s 10-year anniversary this year and we celebrated by featuring some veterans in the program. Very inspiring stuff! Glad to work at a place where I know I am helping others. Read more about the 10-year anniversary celebration here – be sure to watch the tribute and thank you videos – they are amazing and show the impact EBV has had on veterans and their families!)

After McDonald met the leadership team and got a photo with us at the IVMF, he did a presentation on “Values Based Leadership” at the Maxwell School of Citizenship and Public Affairs at SU. Watch the video below to learn more about his presentation and visit.

Check out these beautiful pictures of a storm brewing over the Hudson River and the Upper New York Bay last night. Thank you to my friend Samantha for sending these to me! I wish I could have witnessed this in person! 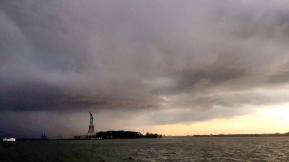 My friend, Madison, sent me this awesome picture of the sunset at Olympic Park in Aurora, Colorado! Mother Nature never ceases to amaze me 🙂

This last Monday brought lots of tornadoes and destructive storms to several states. The video below states more than 150 severe weather reports were issued in eight states, with more than 20 tornadoes that touched down. The video below is a must-see. My Facebook and Twitter feeds were filled with tornado videos — I couldn’t believe what I saw.

Many, many prayers to all the families and pets who had to go through these tough times — especially to those who lost their lives and their families. Please take a moment to honor those lives lost, and to pray the places hit return to normal quickly.

Tornadoes are extremely dangerous. Many states are known for their intense tornado seasons, but sometimes tornadoes can occur in places that are not known for tornadoes as well. Make sure you are prepared for when severe weather strikes. Click here to read FEMA’s safety tips and how to prepare for upcoming tornadoes.

Earlier this week my husband, two dogs (Scrappy and Eli) and I closed in on another chapter in our lives at Fort Benning. Ryan was there for the Maneuver Captain’s Career Course, and I was working as a journalist at the Bayonet & Saber newspaper in the Fort Benning Public Affairs Office. Fortunately, I can say that I was lucky enough to end my time there with one of the biggest events and stories of the year: The Lt. Gen. David E. Grange Jr. Best Ranger Competition.

The Best Ranger Competition was the most interesting event I have covered. The competition involves 50 teams of two, who compete in a rigorous three-day, 60-hour event. It was so cool to see the kick off and the final buddy run at the end, and everything in between. I also met Capt. Kristen Griest, one of the first females to graduate Ranger School! I have now met both 🙂

I had the opportunity to embrace new adventures, too! I conquered my fear of heights and stairs and climbed the Ranger tower at Victory Pond. It was so worth it for the pictures and footage we got! (See below.)

Both stories were so fun to write. Acting Secretary of the Army Patrick Murphy came for the awards ceremony, so that was so cool to hear him speak! He even retweeted a few of my tweets — he’s very active on social media! 🙂

I was also so excited to see Capt. Robert Killian win. His family spoke with me the first day of the competition and they knew it was his year. It was a perfect story.

Along with our team we have some amazing photographers! You can check out all their Ranger competition photos at www.fortbenningphotos.com. Some photos were featured in the ArmyTimes!

Capt. Kristen Griest, left, was one of the first females to graduate Ranger School. 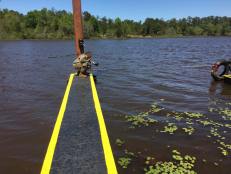 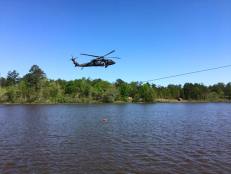 New this year – the Atlas stones. 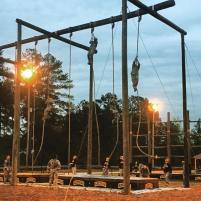 Markeith snapping pictures of the Rangers coming through the tunnel

On top of the Ranger tower

We climbed the top of the Ranger tower – had to snap a picture!

Standings before the final buddy run

Team 47 has an emotional finish – they won first place.

PAO team takes on the Best Ranger Competition at the crack of dawn!

On that note, I was glad to end my time at Fort Benning writing such fun stories; however, I’m extremely sad to leave such a great team! All of my coworkers were so talented, smart and beyond funny! But I know we will all keep in touch!

Now on to the other exciting news in my life: I have officially accepted a position as a Web Specialist II with Syracuse University’s Institute of Veterans and Military Families. Working at SU was a dream of mine since I was young — it feels so surreal!

I’m so thankful to have had our wonderful and fun chapter at Fort Benning. I will miss all of our friends we have made — that is one of the hardest parts about being in the military community, you always have to leave your friends! 😦

Kellie and Danielle know me too well 🙂 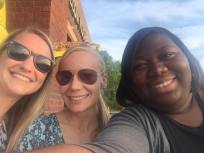 Going to miss these girls! #dreamteam

My last newspaper! Two of my stories on the front 🙂

But on a positive note,  I am also excited to start our new chapter in New York. It is bittersweet.

As my good friend Courtney said, “You may be going to New York, but you’ll always be a Georgia Peach!”

We are currently in Florida spending some time with family before we head up north. We are also going to New Orleans (my fourth time — it’s my favorite!) next week. I can’t wait!

April Fool’s Day brought a lot of rain to the Fort Benning and Columbus area. My friends from home flew in for a long weekend and planned to sit by the pool all day while I was at work, until it stormed all day. Needless to say, that did not happen.

After I got out of work, we decided to take advantage of the rainy day by going to the National Infantry Museum. We then went downtown to go to dinner, and that is when we saw the results of the storm.

Below are some pictures I took of the flooding from my phone. You can see how much rain fell if you look at the lamp posts.

It’s the first day of spring! While some of us may be rejoicing that warmer weather will soon be here, the rest of us are not looking forward to it — especially Southerners.

After living in North Carolina and now Georgia, I’ve experienced the extreme heat and humidity. It is not fun, and it can be very dangerous.

Typically from March to September are the months to be weary. This is when you start to hear the sad news about people leaving their pets or children in their cars and they die of heat illness. You may also hear of people working outside and suffering from heat strokes. Soldiers, construction workers and many others are at a disadvantage with their uniforms and heavy gear.

I can’t stress enough the importance of preparing for the heat before it gets here. I just wrote an article for my job regarding heat safety (information provided by the Fort Benning safety office) for Soldiers and the heat mitigation tools they use: Soldiers urged to prepare for upcoming heat. This can also be put into life outside the military. Please read the article by clicking here and educate yourself on how to keep yourself and others safe.

I wrote a blog post last year about keeping pets safe in the heat: Keep pets safe in extreme heat. Again, please read this article to prepare yourself, your family and pets before the heat and humidity arrive. 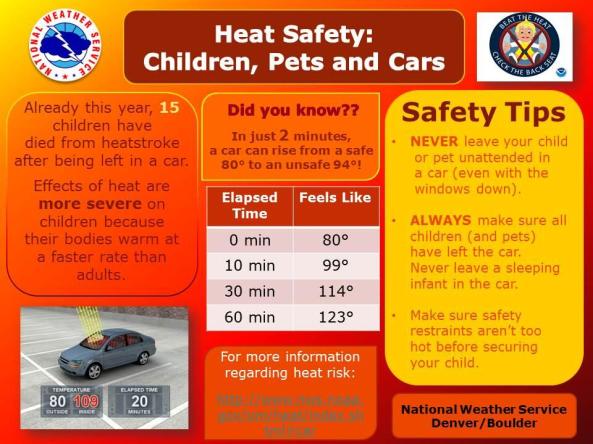 This is a crucial and scary time of the year, and I hope you take this blog post seriously.

So, there have been a lot of things going on lately that have been keeping me extremely busy and unable to post, and a lack of any unique weather scenarios. With that said, I thought I would bring my audience up to date on my life and let you know where I stand today. (Side note: I apologize for the strange spacing in this post. I tried fixing it, but not sure why it won’t adjust!)

Before I get into details on updates, I wanted to mention that it has now been one year since we lost our dog, Toby. He was taken from us too soon due to a rare medical condition. In lieu of March Madness approaching us, I’m sharing this photo of him in his Syracuse gear. He always had fun cheering on our favorite teams with us! We miss him every single day, and we can’t wait to see him again. 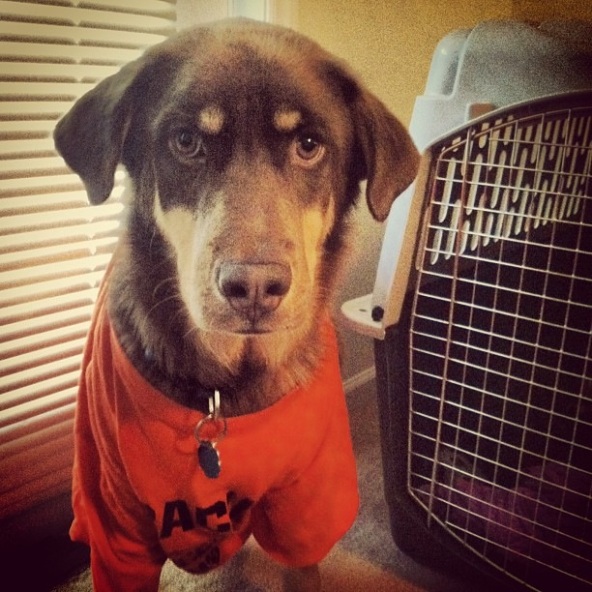 Speaking of March Madness, Selection Sunday is today! My alma mater, St. Bonaventure, had a great basketball season — both men and women. The men lost to Davidson on Friday in the A10 conference tournament, but they should still be able to get a decent seed in the big dance. We found out about the women’s team on Monday. I can’t wait to watch; it’s my favorite time of the year!

Here are my updates:

Those are the updates on things that put a stop on my blogging lately. I hope to have more time to post with all that is going on!

In honor of Toby, always remember to keep your pets close. You never know when something can happen. I think of Toby and all my other pets every day, and the big impact they had on my life. It is a love like no other!

I hope everyone has a great Selection Sunday! Go Bonnies and Cuse!

This is about a week late, but I finally had time to upload some Winter Storm Jonas photos my friends and family sent to me. According to The Weather Channel, “Winter Storm Jonas produced prolific amounts of snow in parts of the East, rivaling infamous snowstorms of the recent past. Snowfall totals from the storm topped out near 42 inches in West Virginia and at least 14 states in total received more than a foot of snow from the storm.”

This storm was one for the books, that’s for sure!

Many people sent me these photos since I couldn’t experience this storm for myself. My family and friends never let me down!

We recently found out we will be moving back to Central New York this spring, and I can’t wait to be back up north to experience these crazy winters!