As Category 2 Hurricane Irene leaves the East Coast of the United States in shambles, another tropical storm decided to join in on the damage.

Hurricane Irene began on the coast of North Carolina, first striking the Outer Banks. It continued up the East Coast, leaving over 4 million people in the United States without power and 46 deaths in 13 states. This storm was underestimated by, especially those in parts of New Jersey, New York City and Long Island. Many believed “yeah right, a hurricane hitting us?” – well it did, and it hit hard. 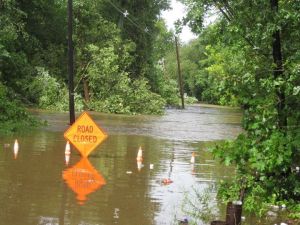 After Irene finished up destroying the East Coast, Tropical Storm Lee hit the Gulf Coast. Many in New Orleans were without power, nearly 4,000 to be exact – but nowhere as close as the power outages during Irene. Lee weakened to a Tropical Depression after a couple of days, and although it is no longer a tropical threat, remnants of the storm remain. There are flood watches and warnings all over the northeastern United States. Most already have major flooding issues.

The problem with floods is that sometimes people do not know the necessary “terms,” such as the difference between a “flood watch” and “flood warning.” FEMA  illustrates both of these on their website; check out Flood: Know Your Terms. Also, many people do not know what safety precautions to take before, during and after a flood, so here are a few safety tips presented below.

FEMA – BEFORE A FLOOD:

To prepare for a flood, you should:

FEMA – DURING A FLOOD:

If a flood is likely in your area, you should:

If you must prepare to evacuate, you should do the following:

FEMA – AFTER A FLOOD:

Please take these safety precautions seriously if you are in a place where there is a flood. Not only can you save your own life, but you can save the lives of many others by learning how to prepare for a flood. Also, if you had an experience from this storm feel free to share your story with great detail and photographs! To read the full safety precautions for before, during and after floods visit FEMA’s website section on floods.